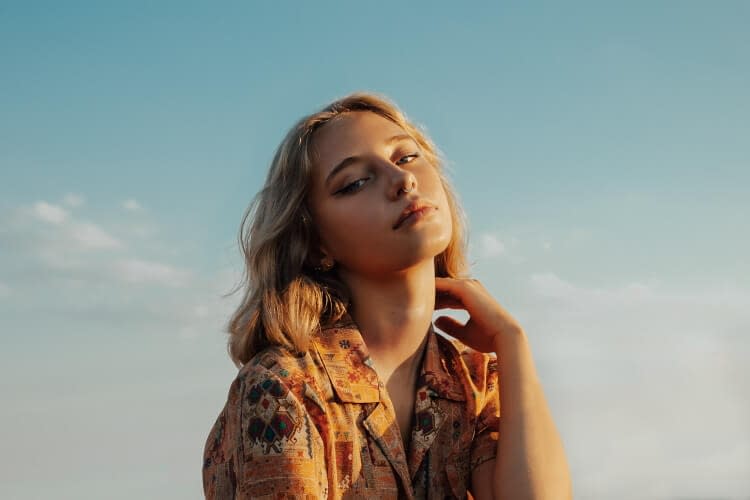 Is She Playing Hard to Get? 10 Ways to Tell

If you’re struggling to understand why your new girl is giving you mixed messages, you need to answer an important question: is she playing hard to get?

We’ve considered some of the many traits and aspects of relationships where girls play hard to get and have provided you with some telling signs that you might need to up your game if you’re to make things work!

While this is difficult for lots of guys to deal with, many girls play hard to get in the opening exchanges of new relationships while they’re testing the waters and deciding if the relationship has a future.

In this article, I’ll share 10 tell-tale signs that your new girl likes you but is playing hard to get.

Have you recently struck up a relationship with a girl you’re convinced is playing hard to get? Below are ten signs that you’re right and mean that your relationship might be a little more complex than it needs to be.

It takes her a while to respond to messages

But how long is a while? Well, that depends!

Some girls like to leave their attractors in limbo and will take several hours to respond to messages. While this is frustrating, the fact that she responds at all is a good sign! And she probably doesn’t want to come across as too keen.

However, if she doesn’t get back to you at all and you’re about to follow up to ask for a reply, it’s a clear sign that she’s probably not interested.

She doesn’t initiate the conversation

Lots of girls want to gauge your level of interest in them. And one of the ways they do this is by never initiating the conversation with you. If she’s into you, she will wait and see what you have to say and how regularly you get in touch.

There’s an important distinction to make here, however. If she never gets in touch with you first but often proceeds to have long and meaningful chats once the conversation is in full swing, it’s clear that she’s probably just playing hard to get.

However, if your conversation is hard work and she answers with lots of short, snappy responses, it’s an indication that you should probably move on.

She doesn’t go into detail with her answers

Have you been messaging a girl for a while who refuses to provide any substance to her responses? For instance, if you really take stock of your previous chats, you might realize you know next to nothing about her!

Being vague is often part of the game. It’s her way of figuring you out and not wanting to give too much away in your early exchanges.

But the fact that she’s persevering with the conversation means that you’re heading in the right direction. Don’t hesitate to reciprocate her vagueness by being equally as coy when answering her questions!

After all, it will give you more to chat about when you finally meet up in person.

She won’t commit to anything in the long run

One of the hardest things about chatting to a woman playing hard to get is her refusal to commit to plans. It makes it nigh on impossible to plan things, and you can easily become disinterested if she continually knocks your requests back with excuses.

But there’s a way to get around this.

Instead of looking to plan things for upcoming weekends, change your approach and ask her to meet you for a quick coffee on her lunch break or suggest a video chat while you’re both online.

Deep down, she’s probably keen to meet you, so the trick is not to give her the chance to make excuses! If you get absolutely nowhere and she continually knocks you back time and time again, you should move on.

If you feel like your relationship warrants connection past a dating site and the exchange of numbers, your first port of call is probably to follow your date on social media.

While this feels like a total snub, she’s trying to show you that she likes you (by accepting your follow request) but isn’t desperate to find out what you’re getting up to on social media.

It is yet another standoffish approach that can confuse you, particularly if things are going well. If it really bothers you, consider dropping it casually into conversation on your next date.

Try something like, ‘Did you see that thing I posted on Insta yesterday?’ It’s devious, but it could get you the result you’re looking for!

She brings up other guys

If you’re casually dating a girl, you will likely be dismayed when she brings up other guys. Maybe she tells you that she saw a super cute guy on the way to work or that she was considering a date proposal from a guy who she knows from the gym.

There’s no getting away from it; this revelation is hard to take, particularly if it’s from a girl who you see in your future.

While there might be some truth to what she’s saying, she’s most likely just looking for a reaction. By dropping in the possibility of another guy, she wants to know if things are working from your perspective or whether you should go your separate ways.

The trick here is not to panic. Show her that you think things are going well and maybe even bring up the topic of exclusivity. After all, you almost certainly don’t want to be involved with a girl who is open to seeing other guys!

She loves turning up late

You’ve heard the term fashionably late, right? Well, a girl that’s playing hard to get relishes her right to arrive fifteen minutes later than she should!

She’ll happily leave you sitting in a coffee shop waiting for her or won’t bat an eyelid at being late for dinner reservations at your favorite restaurant.

This is an important power play on her part, as she would almost certainly be annoyed if you consistently rocked up late!

The best thing to do is ignore it and not get frustrated by her tardiness. As soon as she sits down, get straight into your date, and don’t worry about her tendency to keep you waiting.

She maintains her barriers

There will be instances in your relationship’s early days when your girl seems stressed or upset. No matter what has caused her to feel a little off, she probably won’t tell you the full extent of what’s bothering her.

She will probably drip you some information that represents the truth without going into too much detail.

When a girl is playing hard to get, this is her way of keeping her barriers up and protecting her from becoming wholly invested in the relationship.

This gives her an easy out if things don’t go so well, and she won’t feel as if she’s poured her heart out to you, only to have it broken further down the line!

She doesn’t initiate the physical side of your relationship

A girl who’s playing hard to get probably won’t slip her hand into yours or go in for a public kiss. That’s not to say that she will pull away from you when you do, but she almost certainly won’t initiate it.

The same is true when you’re relaxing on the sofa watching a movie. She will be perfectly content sitting at the edge of the sofa with her feet up while you’re yearning to snuggle into her.

Again, while she probably won’t reject your touch, she won’t throw her arms over you and dive straight into a cuddle, either.

She blows hot and cold

On some days, you might be thinking that your relationship is the best thing in the world and that your girl is 100% committed to it. On other days, however, her non-committal attitude risks driving a wedge between you.

This manifests itself at times when you’re least expecting it. For instance, if you’ve booked a romantic dinner at her favorite restaurant and pulled out all the stops, she might seem less than impressed at your effort.

Her responses throughout the night may even be short and stifled, leaving you wondering what on earth you could have done to annoy her.

Unfortunately for you, this is another part of the playing hard-to-get game, and no matter how hard you try to make her happy, she will continue blowing hot and cold until she’s ready to commit.

The bottom line: Is she playing hard to get or not interested?

There you have it! Ten signs that your new girl is probably playing hard to get. And unfortunately, there’s not a great deal you can do about it. Just hope that she is interested in you!

If you’re confident that the girl you’re seeing is the right one for you, focus on wowing her with your charms and building a relationship over time.

When she realizes how great you are, she will drop the act and fall head over heels in love with you!

Check out our latest articles: